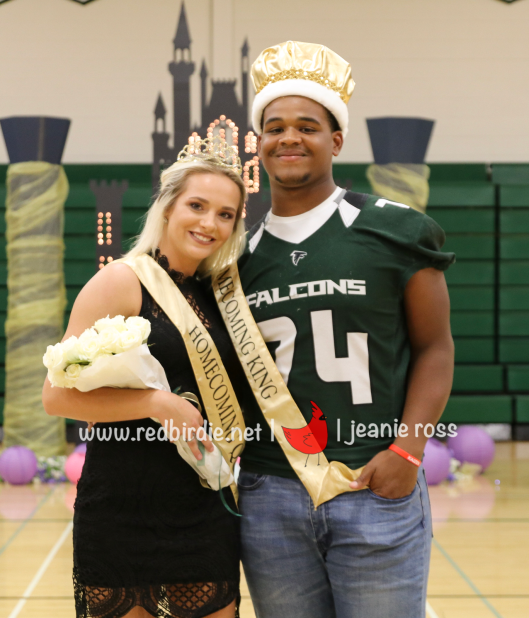 West Burlington put on a nice parade this evening for Homecoming!  Stay tuned for photos from the Pep Assembly! 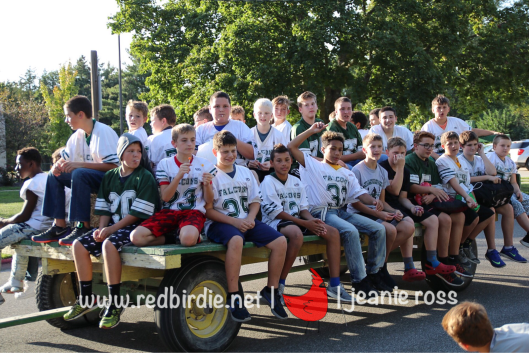 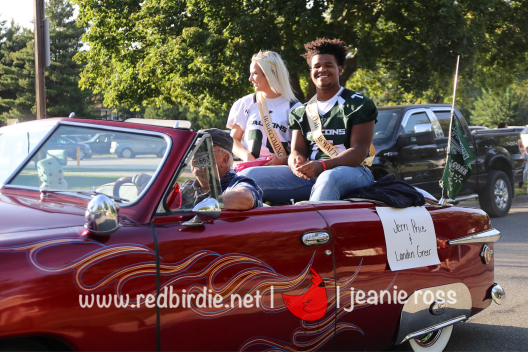 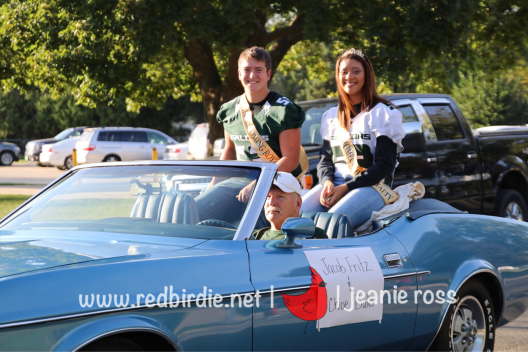 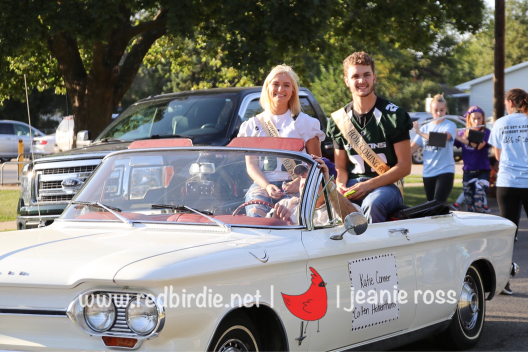 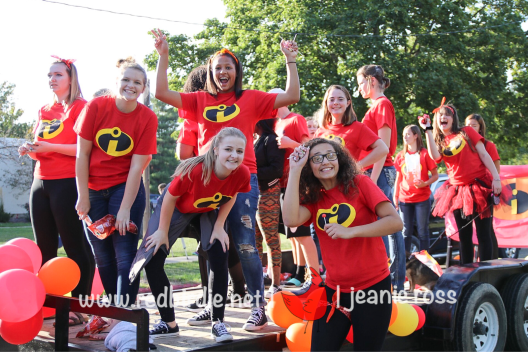 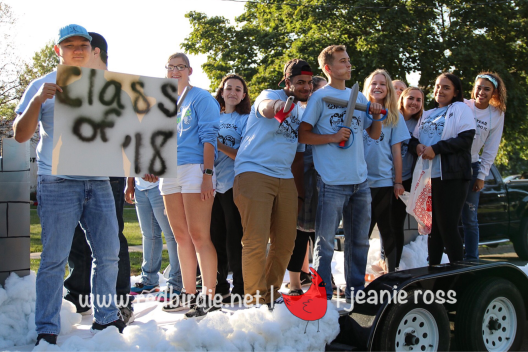 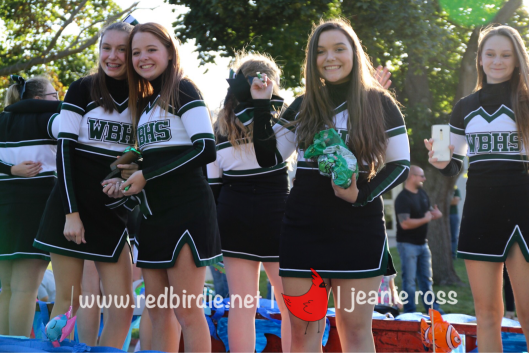 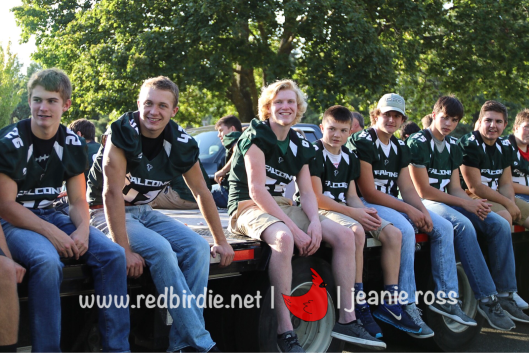 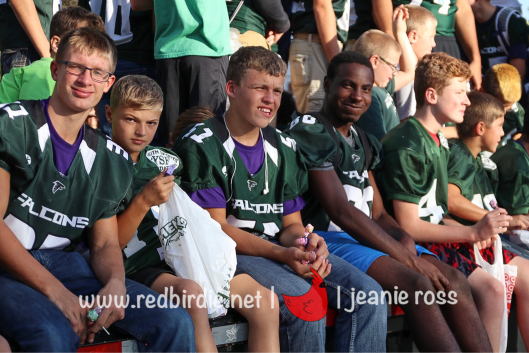 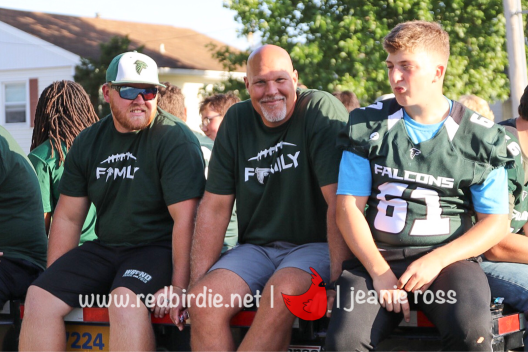 The Homecoming festivities for the community begins with a parade that leaves the Westland Mall at 5:30pm on Thursday down Houston Street and up Ramsey Street with the King & Queen Coronation taking place during a Pep Assembly that will begin at 7pm in the High School Gym after the parade.  The Varsity Homecoming Football game starts at 7:30pm Friday at Bill Nelson Field vs. Fairfield

This week is “Spirit Week” to celebrate Homecoming!
Last Friday was Super Hero vs. Super Villain Day
Today was Pajamas Day (as the court is pictured in their pj’s)
Wednesday’s theme is Country vs. Country Club Day
Thursday is Class Color Day
Friday is Falcon Spirit Day 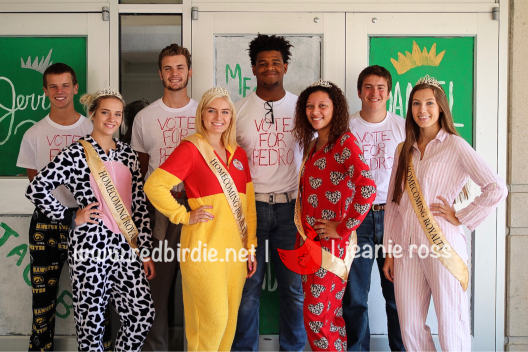 Senior Chloe Baker (16) tips the ball over the net and her opponents. 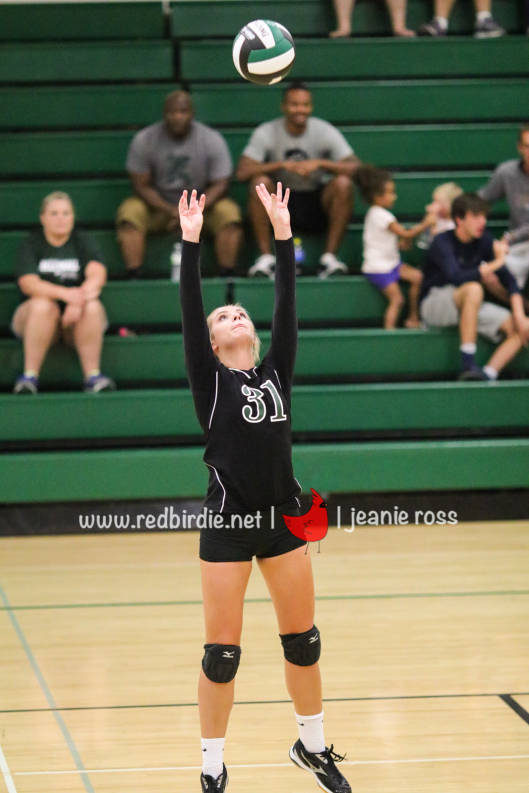 Senior Jerri Price (21) with the set.

Sophomore Tessa Snodgrass (9) gets a point with a spike.